You need to get your team talking 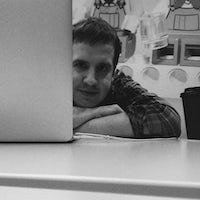 At Kitemaker, we're firm believers in the fact that the single best way to get your team to perform better is to get them to collaborate more closely. Teams that start together and work collaboratively across functions (engineers, product managers, designers, analysts, etc.) work more efficiently and produce better products.

As a manager, one of the most important things you can do is to work as a facilitator for creative debate within your team. By ensuring that ideas are properly debated, you make sure that all points of view are heard, and you give your team confidence in the decisions they make. Below are some practices I try to follow in every team I manage. They work in many situations - from full team meetings to quick chats around the whiteboard, and even on Slack.

Don't be the first one to offer a solution

How often have you seen this happen: a team sits down in a meeting and the team lead/manager says "We have a problem with this metric/component/API/service/thing. We need to…". If this is the opening move by the manager, debate in the team has already been stifled. Once the "boss" has presented their solution, the bar for other team members putting forth new options has already been raised.

Give your team time to get up to speed

As managers, sometimes we've been exposed to and thinking about problems for some time before we bring those problems to the team. This means that we may have already also put in a lot of thought as to what possible solutions could be. Keep this in mind when discussing ideas in the team. Your team members need to get up to speed in their own time and go through their own thought process. This could mean presenting the problem in one setting (issue tracker, email, Slack, etc.) and waiting a while before approaching parts/all of the team for a discussion. Give the team time to dig into problem, follow their own paths and gain insights. Don't fall into the trap of pushing your own solutions based on your own assumptions and limited data.

This is good advice for anyone, not just managers. When someone else is talking, it's very common to be thinking about what you're going to say in response instead of actually listening to what the person is saying. This is a problem I've struggled with a lot over the years, but I've found a simple trick that really works: whenever someone is saying something that you disagree with while debating something in your team, the first thing you need to say back to that person is a rephrasing of their own points. It looks something like this:

Person A: "I don't think we should move to microservices because…"

Person B: "So what you're saying is that moving to microservices now would…"

By forcing yourself to begin with a rephrasing of your teammate's points, you need to actively listen to what they're saying. If people aren't actually listening to each other, debate isn't actually taking place. If you're actively trying to understand the other person's points, you also ensure that you're not arguing against a straw man and in general this approach tends to reduce the overall tension if the topic is particularly contentious.

Don't forget the quiet ones

Some team members just don't feel comfortable speaking up in group settings, but that doesn't diminish the value of their input. Sometimes they just need to be nudged to express their point of view, other times they'll feel more comfortable discussing things in smaller groups or one-to-one settings. This is something you'll need to detect and address on a case-by-case basis with your team members.

Sometimes the team might be in total agreement on how to do something. Or sometimes it might look like the whole team is in agreement because a few loud voices are drowning out the rest.

When consensus is reached too quickly without any proper debate (maybe due to group think or some dominant voices in the room), it's time to play devil's advocate and challenge the proposed solution by bring a new proposal to the table. I find this approach works best if you don't announce it first with "just to play devil's advocate…" because once you've done that, you've made it clear that it's not really your point of view. The team could see this as going through the motions and the debate will be watered down. Better to just offer it up as your point of view and see how the team responds.

Some decisions are more important than others. Some decisions mean setting in motion work that will take months to finish. In these situations, being extra thorough in hearing opposing opinions can be extremely useful. For these cases, try applying a red team approach. The idea here is that if the team is in agreement on how to proceed, select a few of the team members and make them the red team. The red team's job is to punch holes in the logic/plan of the rest of the team (even if they're actually supportive of the idea in reality). Of course if you have a team member that actually disagrees, that can be even better. Give the red team sufficient time to prepare the opposing view points, bring the team together and have it out.

As an added bonus, helping your team become better red team members will actually lift the level of critical thinking that happens in the team in general.

After going through discussions and debates, sometimes the team is going to come up with solutions/ideas that are different than what you would've done if you'd just been solving the problem on your own. And let's be honest - that can be one of the toughest things for a manager, particular one that has has recently made the transition from doing the hands-on work themselves. But the reason we as managers hire diverse groups of smart people is that we want them to figure out the best way to solve problems. By fostering debate in the team, we can make the collaboration between team members even more effective. Solutions that have stood the test of rigorous debate are solutions the team take forward with confidence.

Kevin Simons is the CTO of Kitemaker, the super-fast issue tracker that makes teams better, faster, and happier.